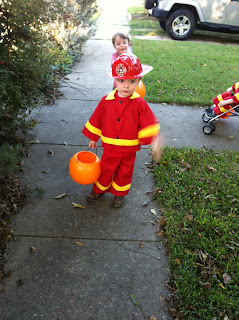 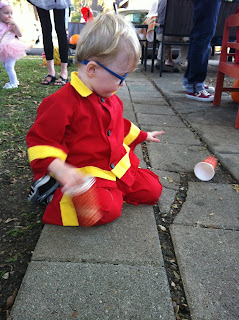 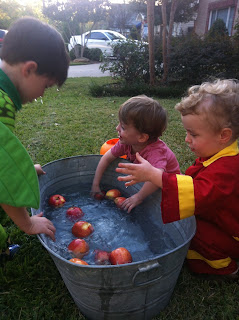 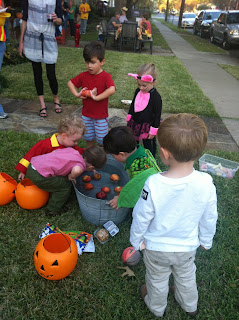 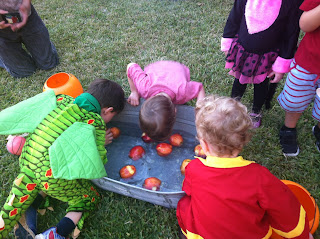 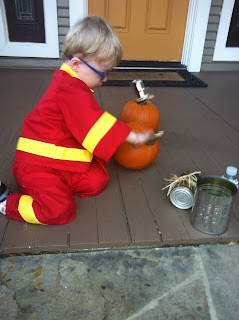 I had talked to the boys about what we were going to do for Halloween, going trick or treating and to a Halloween party. Henry insisted he was not interested in going to either. While getting the boys dressed in their firemen suits, Henry also informed us that he was off duty and would not be wearing his suit tonight. So, we had two handsome fireman and one handsome off duty man. Luke and Henry loved bobbing for apples. They were never able to pick up an apple with their mouths so instead would pick up an apple with their hands, take a bite out of it and then throw it back in the water. August enjoyed the pumpkins, stacking them, lining them up, knocking the cans over. They all seemed to really like trick or treating and it was a really fun night.