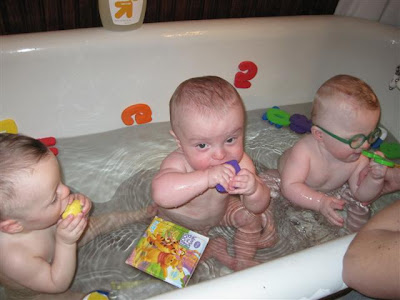 Luke appears to be in a bit of a pickle. Luke has mastered the skill of backing up, but continues to need to work on his forward motion skills. 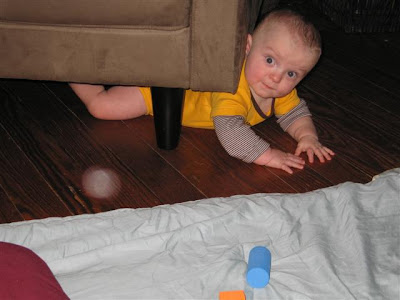 Mark and the boys out for a walk. 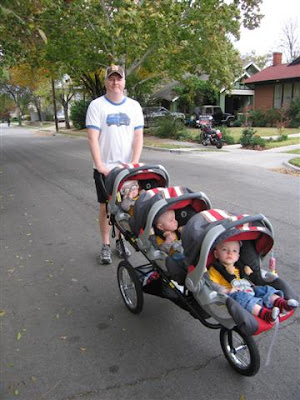 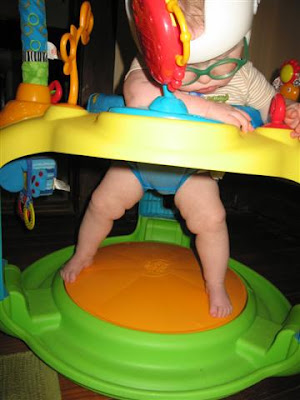 August, Luke and Henry.
Luke's serious look on his face did not last long. Shortly after this picture was taken, Luke fell out of his chair and face down into the grass. Although, the grass was very soft Luke seemed to feel the need to be pretty upset about the whole thing. 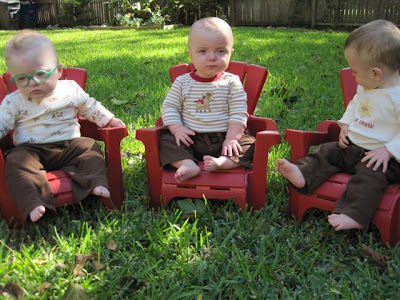 August is less than impressed with pureed peas. 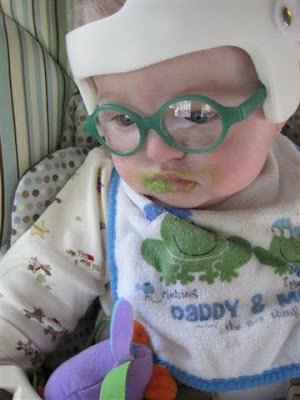 Henry relaxing in the sun. 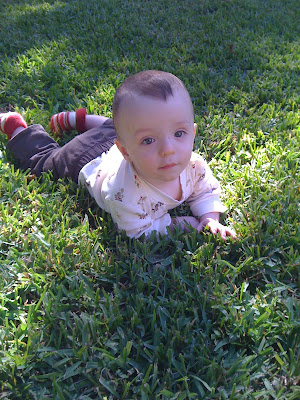 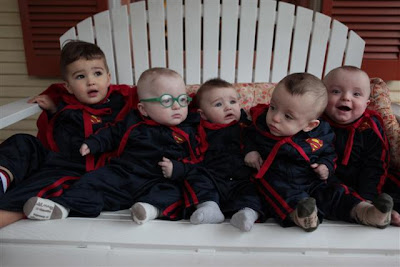 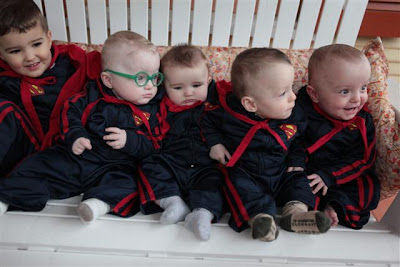 "Uggh, what you talking about, Aunt Adrienne?" 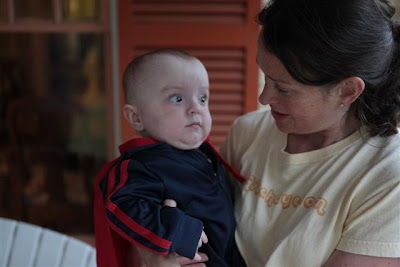 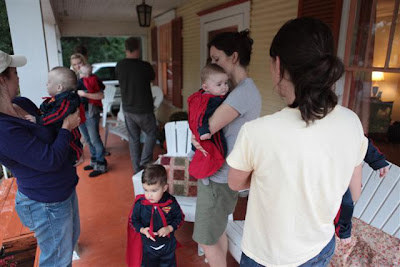 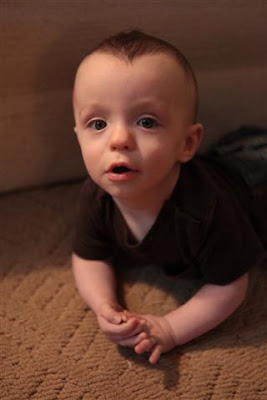 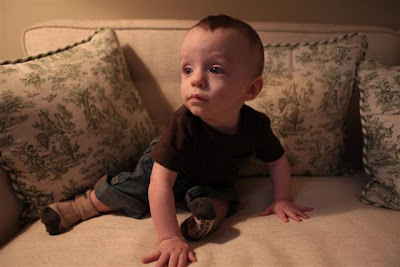 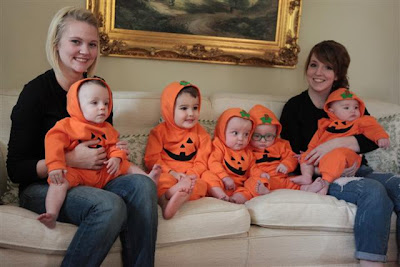 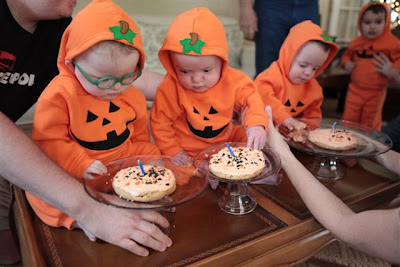 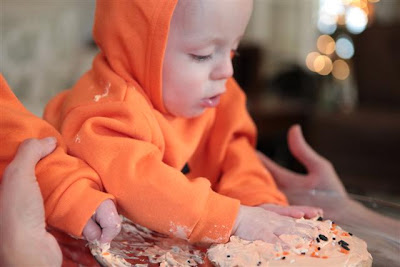 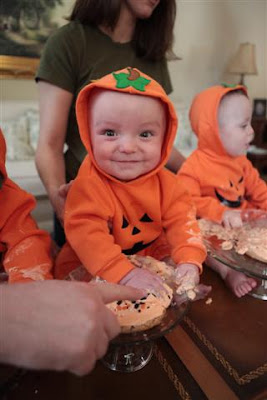 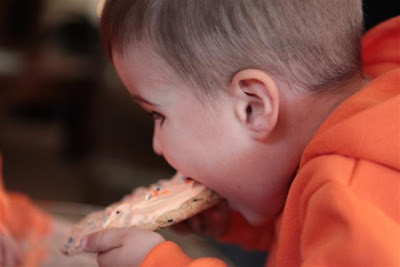 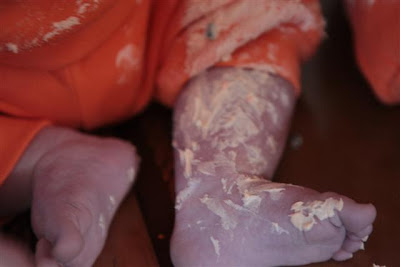