The boys had their two year appointments/shots this week. As soon as we walked into the lobby Luke started screaming. He remembered why we were here. He screamed the entire hour and a half we wer there.
Unfortunately, everyone has a stomach bug, again. Today has been the worst day of the sickness. I bet we went through about twenty diapers today. Luke sported five or six different outfits due to his diaper not being as powerful as advertised. Mark changed clothes multiple times. I changed clothes multiple times. There were multiple loads of laundry done, rugs sprayed down that will hopefully air out, sheets changed, toys cleaned, etc. We're hopeful tomorrow will be better for everyone, but especially for Luke as he has it the worst.
August is doing great. He's crawling on all fours now, cruising/walking along everything while sporting his new orthotic boots and huge shoes. August has decided he no longer needs his glasses and often pulls his patch off. August still really does need his glasses, but it's difficult keeping them on him.
Luke is the most talkative of all the boys. He's mimicking everything we say and has decided to stand up for himself when it comes to toys.
Henry is in love with trucks, trucks, and trucks. We read a book titled 100 machines everyday about 1000 times. Henry is also saying a lot of words, but his favorite word seems to be, "no."
Bye,
Ashley
# posted by Ashley @ 7:05 PM 0 Comments 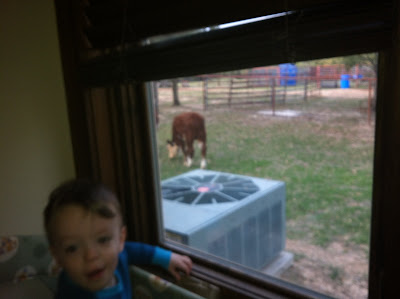 Mark and I walked into get the boys out of bed in Perrin. Henry would not stop saying, "Moo." 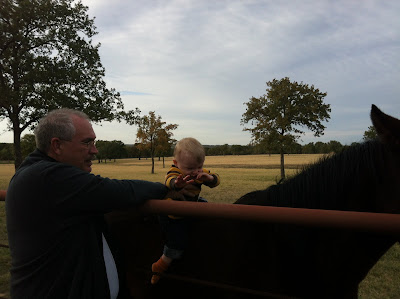 Luke and Henry talk the big talk when it comes to animals. August walks the walk. 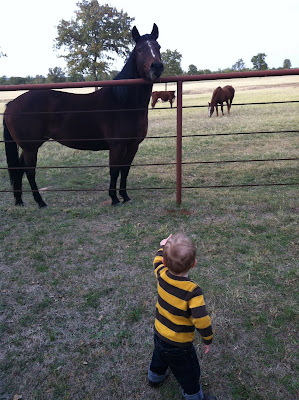 I don't condone food throwing, but when it makes August laugh like this, I'm willing to let it slide!
# posted by Ashley @ 6:43 PM 0 Comments 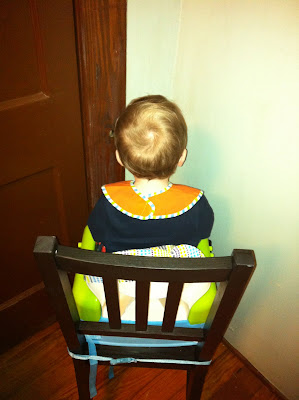 Another plate full of food thrown by Henry = Another Time Out. Luckily, these are becoming less frequent. 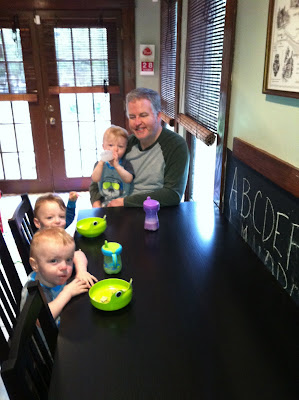 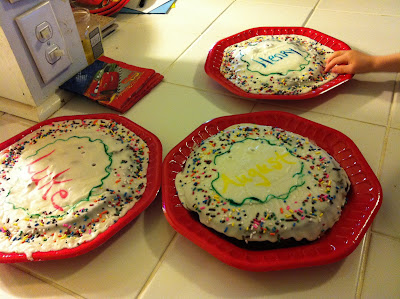 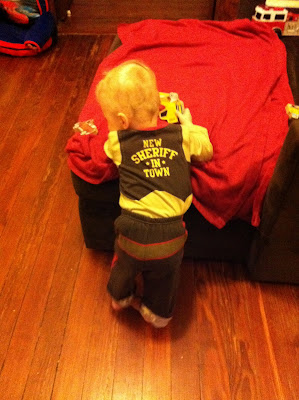 There's A New Sheriff In Town And His Name Is August William Hale. 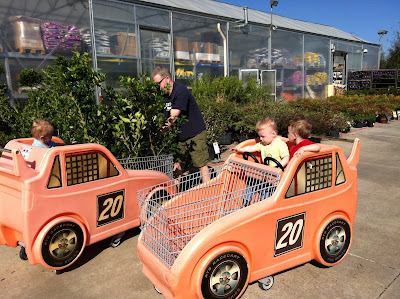 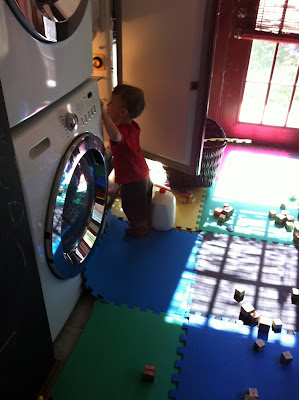 Everyday, over and over, I tell the guys not to open the back refrigerator door. I mean really, if you can get the gallon of milk out of the fridge all by yourself, then pour your own cup of milk while you're at. COME ON.