Luke had put all of his little bulls and Henry's little horses on top of his bed. I told him I liked them. Luke said, "they are my children."

There's a lot of talk about candy canes between Luke and Henry that we hear over the monitor in the mornings. Not sure what that's about.

August is now saying, "pop pop instead of maamaa" when he wants something. 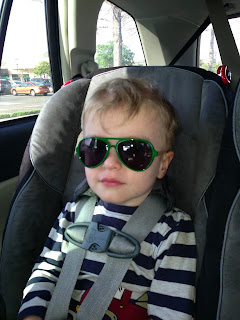