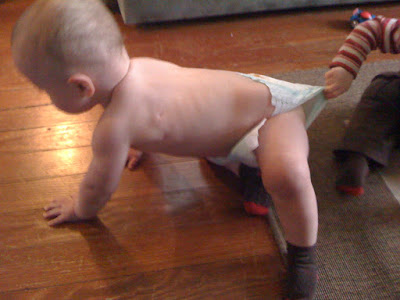 Luke needed an outfit change due to milk getting all over his shirt. I took his clothes off and went to the other room to get some new clothes. I came back into the living room to find the above situation. It was hard to know if I should be more horrified by Henry checking Luke's diaper or the brown socks Luke was wearing. Luke's pose is very similar to George Castanza when he does his photo shoot.

Liver Puree, It's What's For Dinner 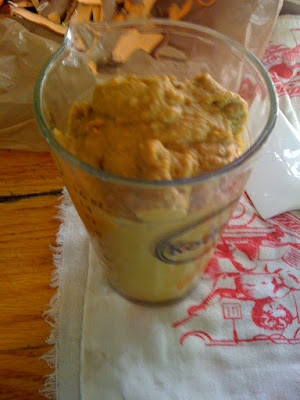 "You Been Farming Long?" 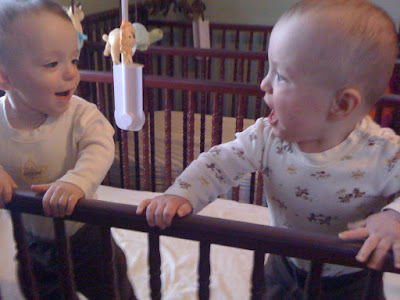 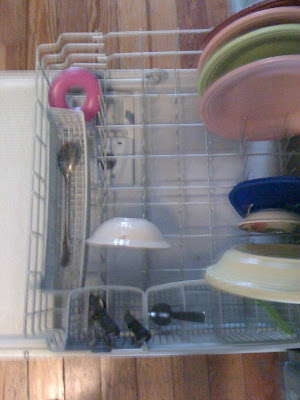 Purple shaped ring is found in the dishwasher. 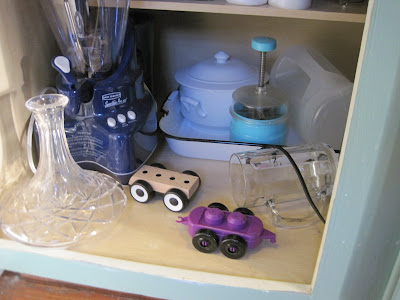 It's Getting Really Real 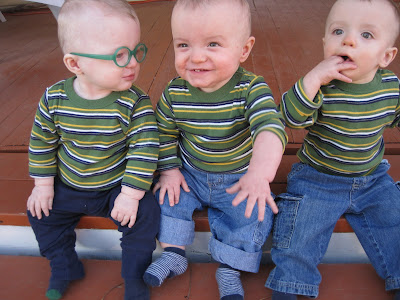 August, Luke and Henry
The Hale Boys are moving and a shaking these days.
August is turning from his back to his stomach, which is a huge deal. He can also pull himself around 360 degrees when on his tummy, using his arms. He even did a little rocking on all fours, yesterday. I can't wait to see this guy crawling. August seems to be seeing a little better as well. Maybe, the reason he's decided to go ahead and turn on over. He still has the best laugh ever.
Luke is on the fast track to taking over the house. Mark and I found him in his bed, sitting up, with his mobile barely hanging on for dear life. I'm not sure how that happened. Luke's still army crawling and is finally going in forward motion. He's also starting to pull up and loves standing. I'm hopeful he'll fully crawl before he decides to walk. Luke is transitioning nicely from back, to stomach, to sitting. He's a pretty amazing little guy and his nickname "Bones" is no longer appropriate!
Henry continues to work on his pace time for getting around the house. He's getting very fast and I'm going to have to kick it up a notch to keep up with him. Henry continues to pull up on the sofa, chair, stove, etc. After his morning nap today, I walked into to find his bed had moved about four feet. Strange.......
Henry doesn't seem too interested in walking yet and that's fine by me. Crawling is really more than plenty some days!
The guys are all on whole milk, FINALLY! The formula days are behind us.
Overall, everyone is doing great and they're just so much fun. Ashley
# posted by Mark @ 11:23 AM 0 Comments 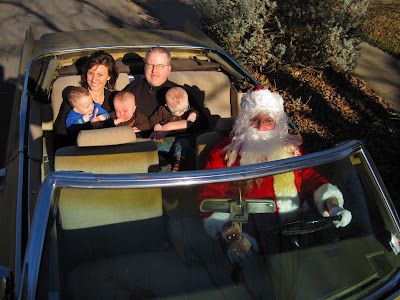 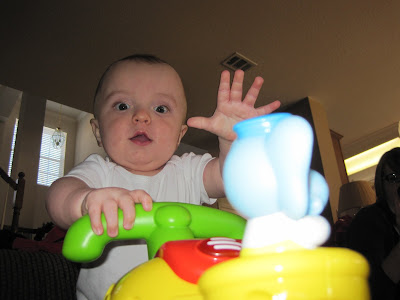 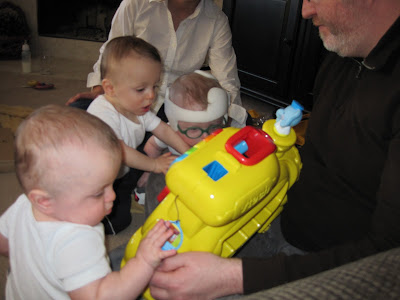 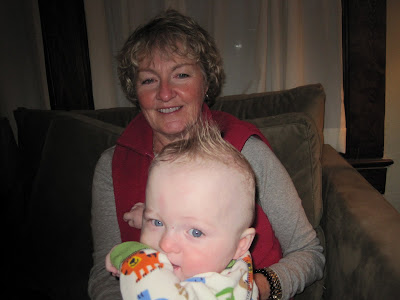