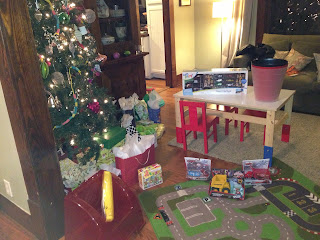 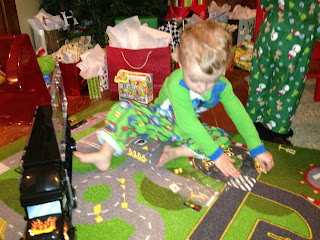 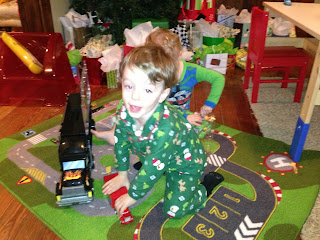 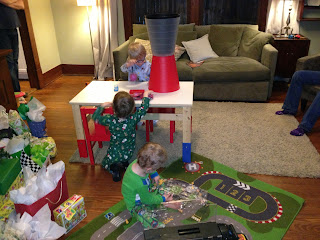 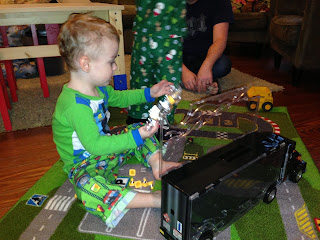 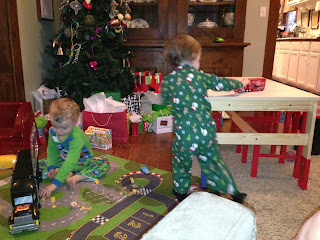 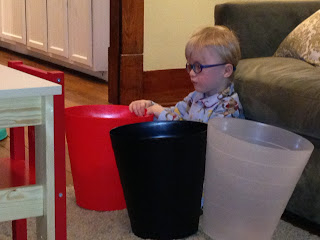 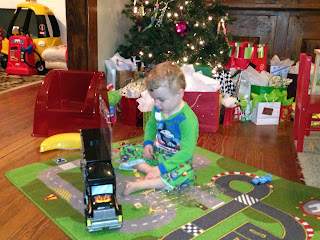 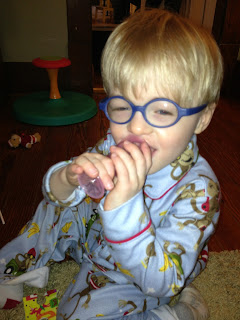 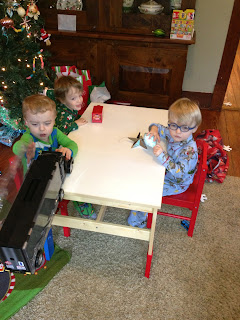 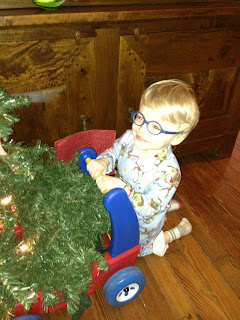 Christmas was so much fun this year. It makes me so happy just to think about the wonderful day we had. The boys had a great time playing with all of their new stuff. It snowed, huge flakes initially and then just a light snow the rest of the day. We ordered Charlie Brown Christmas on TV and had it on in the background in the afternoon. It's one day I would not mind doing over again. 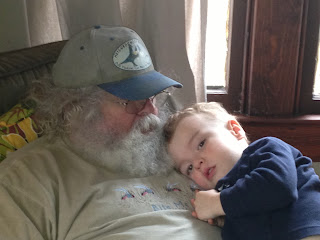 This Tree Never Stood A Chance 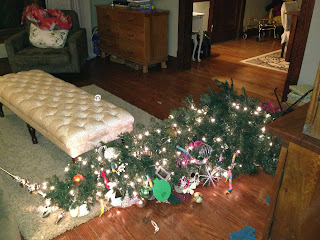 I heard some shaking and saw Luke jump onto the ottoman. I then headed for the living room where I saw Henry holding his little dog in one hand and pulling on the tree with his other hand. I was surprised it didn't happen before it did. I was really annoyed at the time it didn't take long to find the whole thing pretty funny. 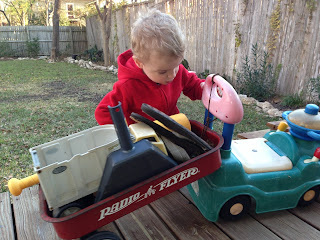 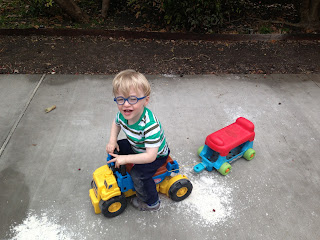 Almost anything can be turned into a tow truck at our house.

Guess Who's Been In Time Out Recently? 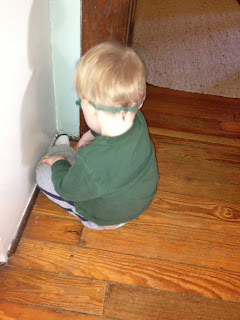 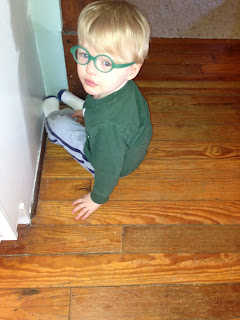 That would be Mr. August. 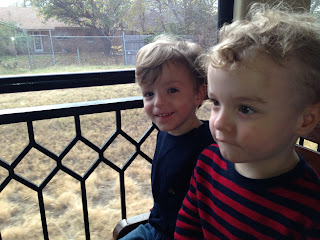 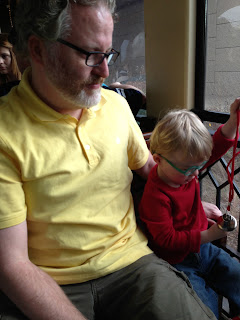 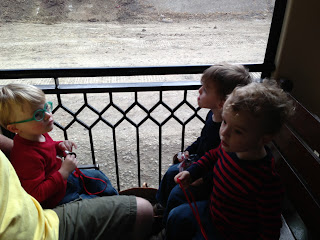 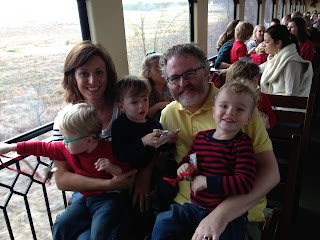 The boys loved the train. 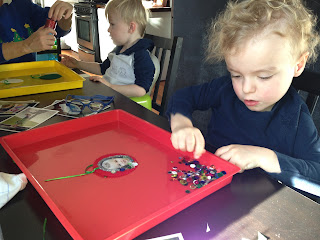 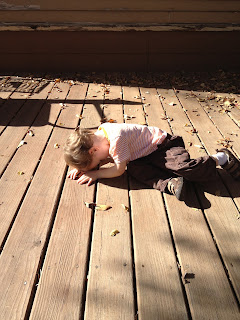 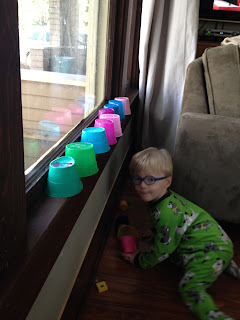 Unveiling of the Christmas Tree 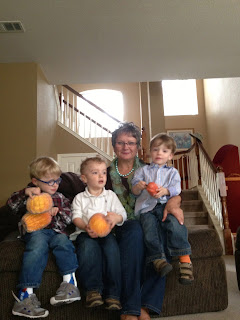 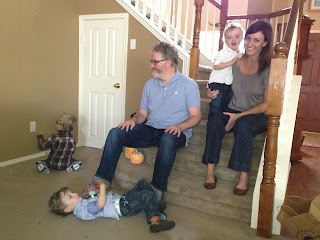 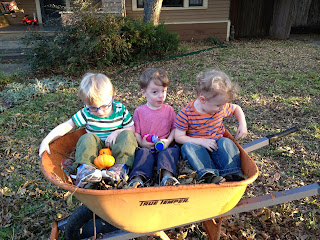 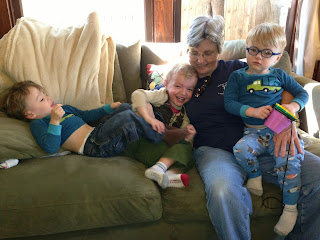 Aunt Leslie kept the boys while I (Ashley) went to the best concert of my life, Eddie Vedder. August got sick twice while I was gone and destroyed all of Aunt Leslie's clothes with vomit. If anyone can roll with it, it's Aunt Leslie.