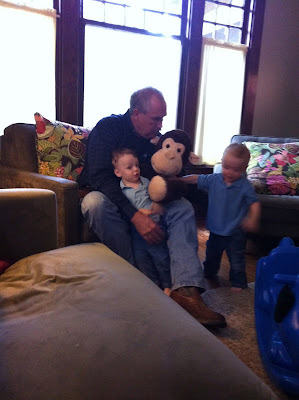 Luke LOVED the petting zoo at Oktoberfest. He took off running towards the animals. He went up to a sheep and pointed at it's nose and said, "nose." 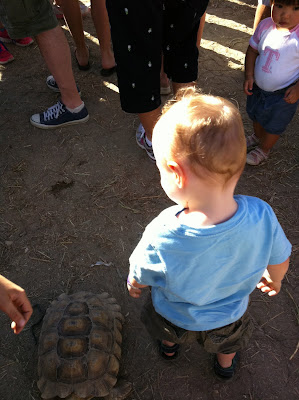 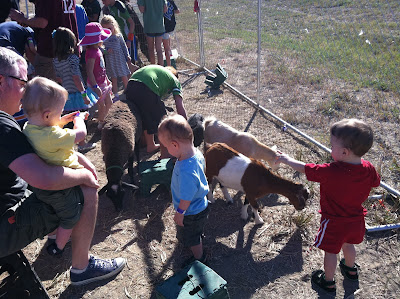 August is in yellow, Luke's in blue and Henry is in red. Henry chose his clothes, again. 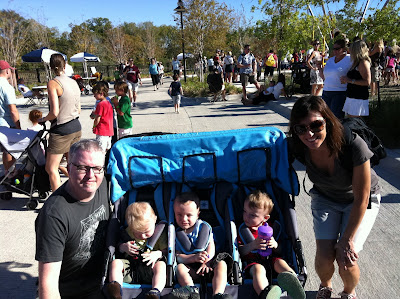 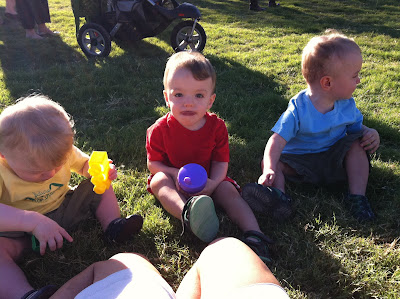 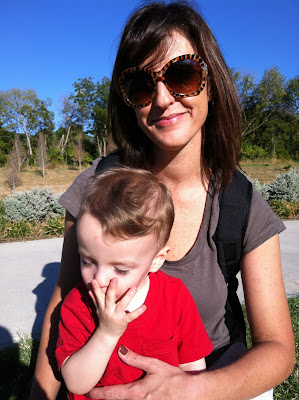 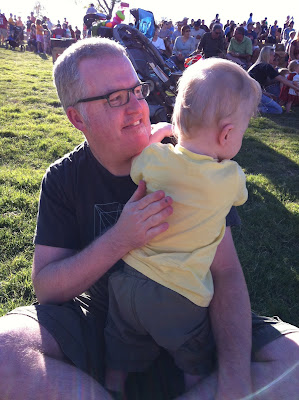 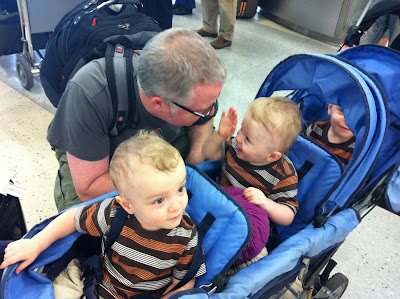 August was definitely the most excited to see Dad.

Most Patient Boys In The World 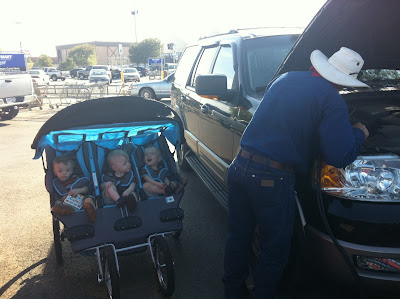 We had a dead battery after a quick outing to the store. Luckily, Da came to our rescue. While we waited the boys looked a book, played with their shoes and just smiled a lot. Man, we have the coolest boys ever. 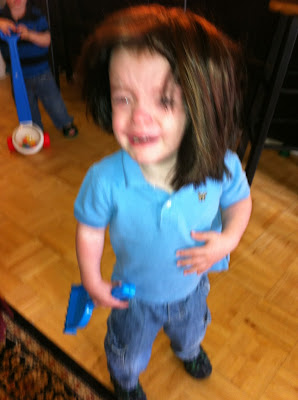 Luke's hair has been really slow to come in. I offered him an alternative look, but he didn't seem to appreciate it.

Getting to be outside, finally! 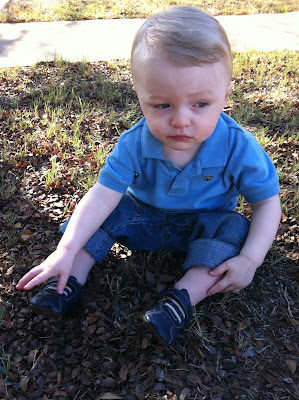 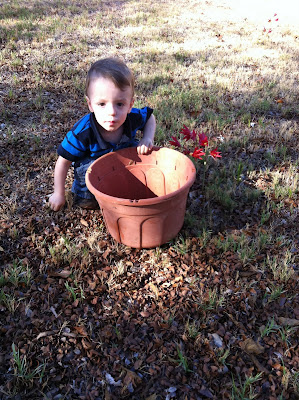 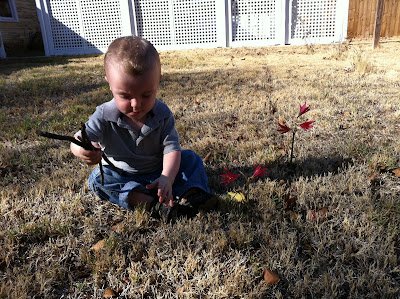 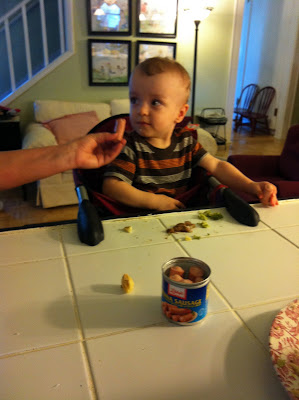 Luke's response, "You have got to be kidding me." 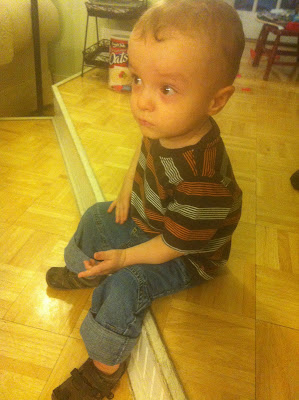 Luke's thinking about it. 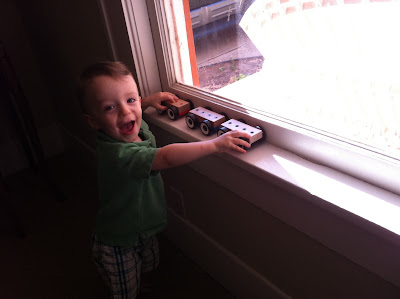 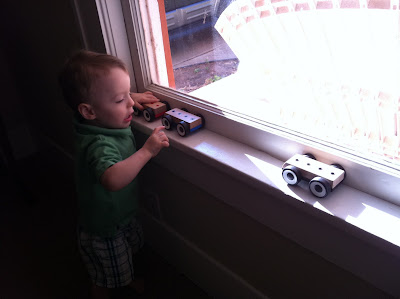 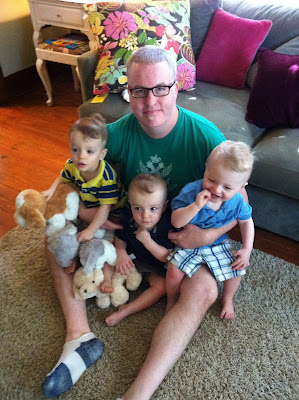 Mark and the boys on the day he left for Paris, for two long weeks. 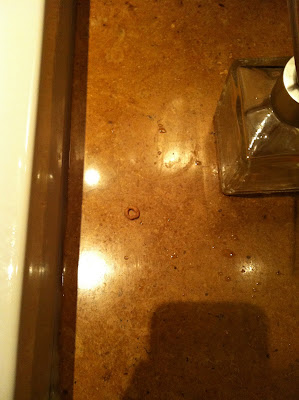 My cousin, Morgan Lea, spotted a Cheerios next to the sink at Gloria's Restaurant. It was apparent, Luke had been at Glorias. 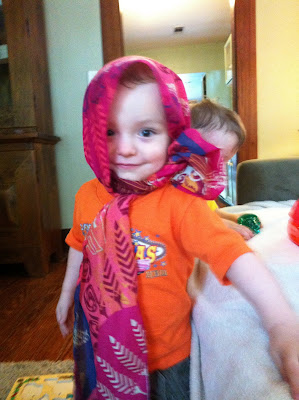 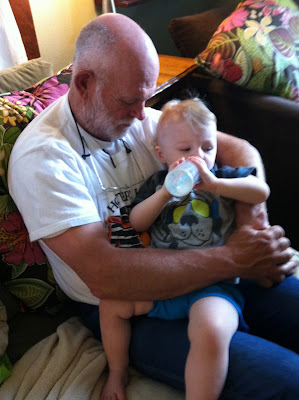 Corn in a Plastic Heart 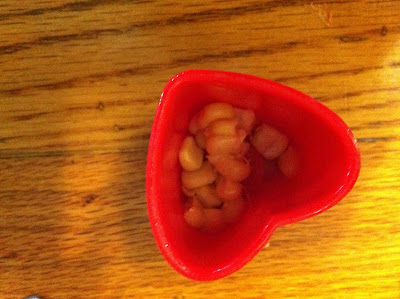 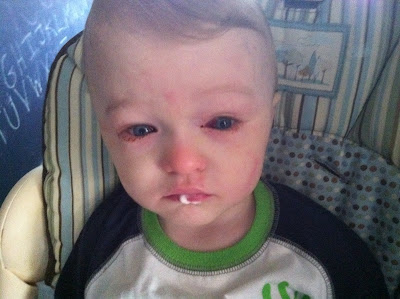 August had eye surgery in September to work on the muscles in his eyes. The day of and the few days following his surgery he looked like someone who had had some kind of plastic surgery. August is a champ and is able to look at us better, make better eye contact and overall see much better.
# posted by Ashley @ 1:18 PM 6 Comments