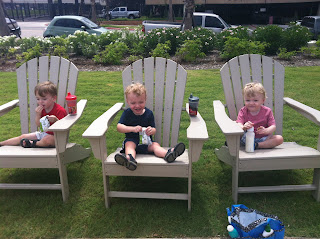 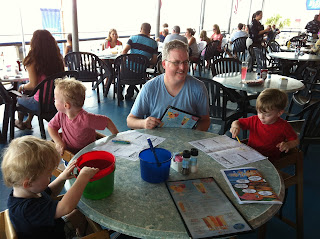 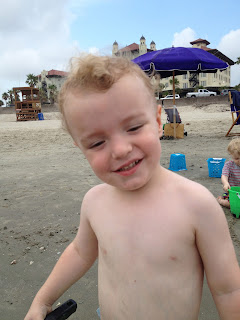 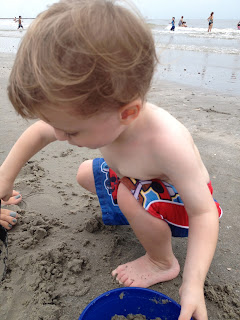 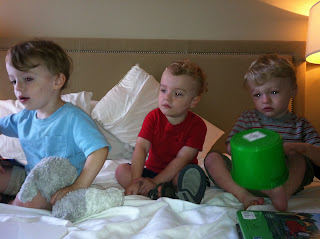 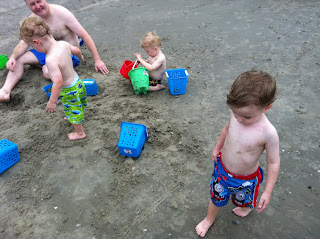 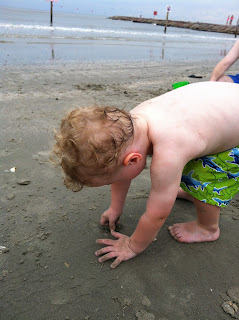 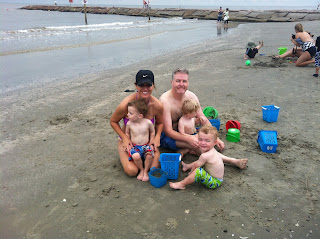 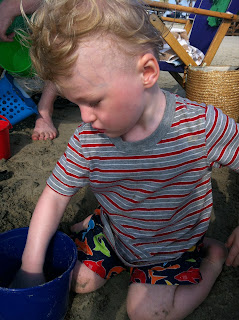 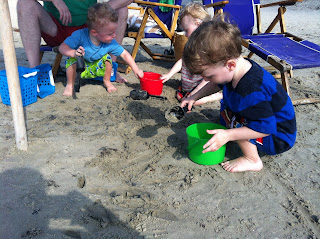 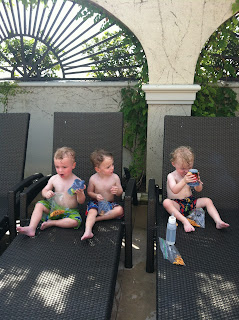 The Aquarium, Henry and Luke 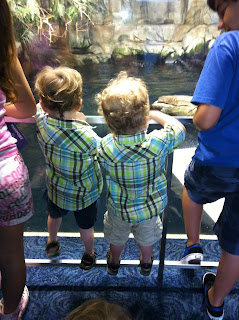 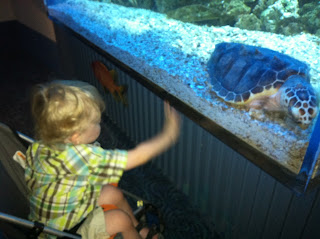 Luke-Eating the best piece of bread known to man. 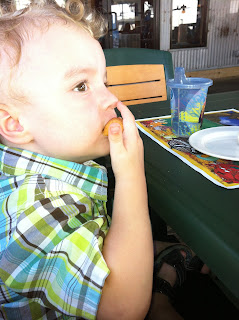 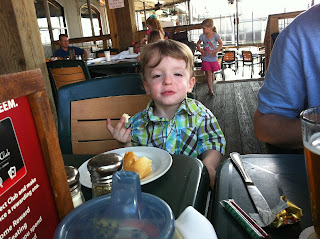 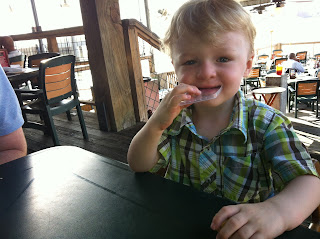 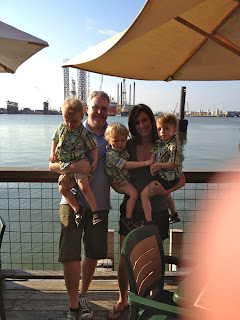 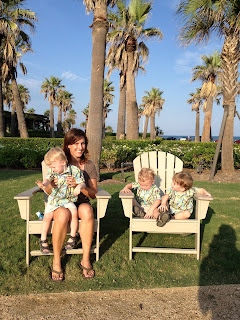 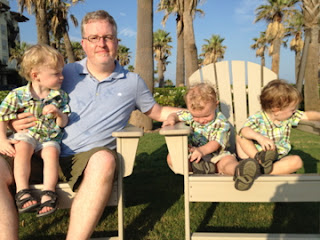 We had such a great time in Galveston. The boys liked the beach ok, but they absolutely loved the hotel, eating at restaurants for every meal and the whole experience of a "vacation." I know it will be the first of many fun trips together. Mark and I were both amazed and so relieved at how well the boys did eating out, especially at our nice hotel. Henry even made a new friend at the hotel restaurant during breakfast. The waitress brought out individual small smoothies for us all and Henry drank all of them. The waitress seemed to love this and said, "Baby want more smoothie?" It was pretty cute. Mark thought the waitress was talking to him until I clarified she was asking if Henry wanted another smoothie.  Luke just said the other day, "go back to hotel."