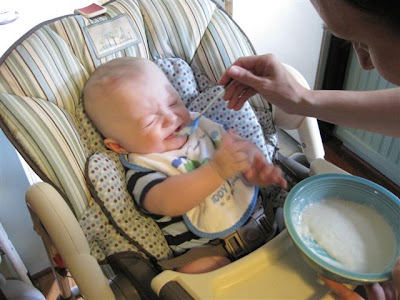 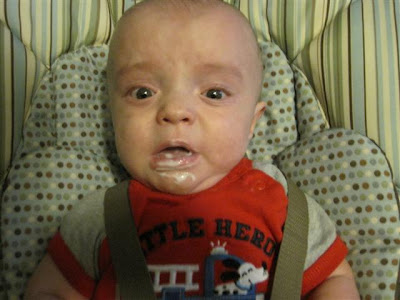 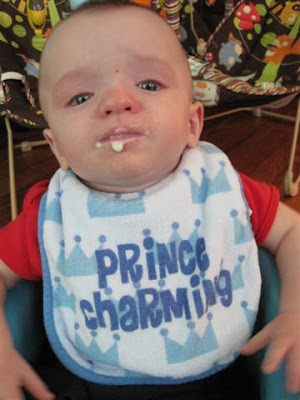 Henry
Today we tried, for the second time, to give the boys rice cereal. Our pediatrician has recommended the boys stay on formula until they're six months old adjusted age (August 3rd). I decided to go ahead and try the cereal because Henry seems to be teething again and is not as interested in taking his bottle. While I was feeding Henry I also had to try it out with August and Luke. The first time I tried feeding the guys the cereal August made a disgusted look and refused to eat. Luke gagged at the feel/taste of the spoon on his lips and spit up his entire bottle from three hours prior. Henry was the most okay with the cereal, but this wasn't saying much. So, Mark and I tried again today with a little more success. The results are above. The guys did much better today, not that you can tell by the looks on their faces.
Ashley
# posted by Mark @ 5:24 PM