It's official. The boys are now residents of South Hall at Baylor NICU. They all became official residents on Thursday, January 14th. Henry had already moved over on the 13th. South Hall is a step down from the unit they had been on called North Hall. South Hall will continue to monitor their breathing, oxygen needs, etc but is a less acute unit. We'll be a lot more active in their care now that they're on South Hall. For example, we can give the baths to the boys as well as help feed. August took his first bottle Friday night and took a whopping 24 ml's. Not to be out done, Luke took his first bottle today. Luke's still on Sipap and typically a baby has to be on a canula to start taking a bottle. Luke's going to need to be on Sipap for a while longer and it was time for him to at least try and take a bottle. He took to the bottle like Mark takes to beer. We were blown away by his skills. 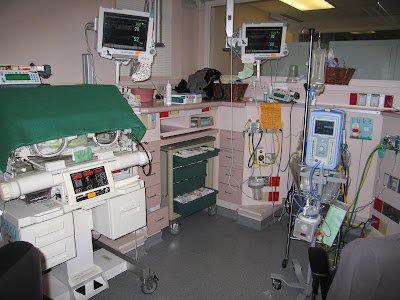 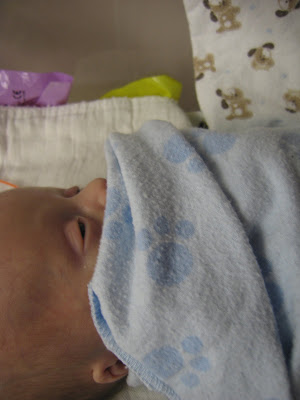 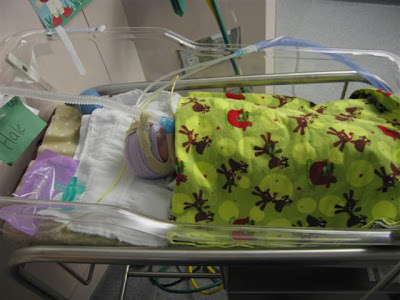 Luke on his Sipap breathing machine.

Comments:
Usually I never comment on blogs but your article is so convincing that I never stop myself to say something about it. You’re doing a great job. Please Keep it up. breathing exercise machine